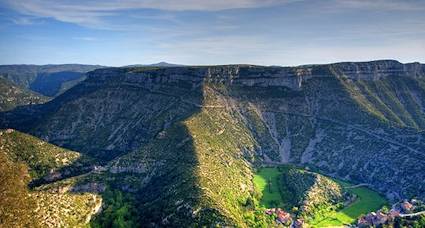 The Lozère department, France, is named after Mont Lozère, and is situated on the southern tip of the Massif Central. This inland department was first created in 1790 after the French Revolution. Lozère is the northernmost part of the current Languedoc-Roussillon region and is surrounded by the departments of Cantal, Haute-Loire, Ardèche, Gard and Aveyron.

The Lozère department is largely mountainous, but also contains some plateau (such as the Plateau d'Aubrac) and numerous rivers, including the Tarn, whose source is on Mont Lozère, and which flows through the Gorges du Tarn in the Causses. The highest point of the department is Mont Lozère at 1,702m. The South East of the Lozère department contains the Cévennes. The Cevennes area has some wonderful scenary and is a popular area for hiking and mountain biking. The Lozère department has always been famed for its cheese, indeed the Roman historian Pliny, praised the cheeses from this area.

The main activities in the Lozere department are cattle farming and tourism (the Aubrac cow os celebrated within France for the quality of the beef it produces). The Lozère department has one of the lowest rates of unemployment in France, but this is often the result of many inhabitants leaving the area in search of work in Lyon, Marseille and Montpellier. The Lozere is a wonderful region for a holiday. The clean air and fantastic walking and cycling routes, make this a popular region, especially with French visitors.

Go Languedoc has a couple of nice peoperties to rent in the Lozere department of France.

French Gites for rent in the Cevennes

These French gites comprise of four chic, individual self-catering gites. The Maison Anila is located at the heart of Barjac, a stunning 'Village de Charactere' at the foot of the Cevennes in the sunny Languedoc-Roussillon. This beautiful 18th Century stone house sits in a tiny pedestrian cobbled street in the heart of Barjac. With it's many restaurants and boutiques it has a bustling ambiance in the summer months typical of rural French villages.

More information on these French Gites for rent in the Cevennes 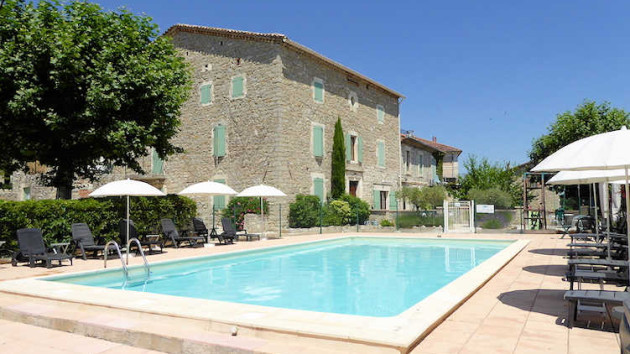 Holiday gite Cevennes with pool is located in the village of Canaules deep in the Languedoc wine producing region of the south of France . Originally constructed during the 19th century following extensive renovations & rebuilding during 2007 & the early months of 2008 this wonderfully preserved stone building has now been converted into seven apartments with private off-road parking & large swimming pool. 93m2, terrace 46m2.

More information on this Holiday gite, Cevennes with pool

This tranquil 18th century stone mill is located in the Languedoc-Roussillon area of Southern France. The outside of this large South of France holiday home is a paradise, with a private swimming pool, hot tub, river front, and waterfall on 10 acres of secluded land. This large 6 bedroom house with pool is set in picturesque surroundings, located 2km from the market town of St-Jean-du-Gard. The West Mill provides comfortable accommodation for 6-12 people, although this large spacious house has enough sleeping quarters for up to 17 adults and children. If you are looking for a large South of France holiday home with a pool, then you cannot do much better than the West Mill. Conveniently located to explore the sites of Languedoc, Provence and the South of France, this accommodation is perfectly set up for entertaining a large group.