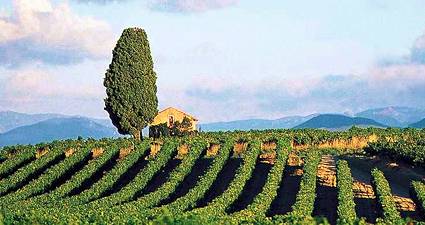 The Hérault department, France, is named after the Hérault river. It was created in 1790 from part of the former province of Languedoc. The department is very diverse geographically, with beaches in the south, the Cévennes mountains in the north, and vineyards in between. Today, the Herault department is one of the fastest growing in France, with many Northern Europeans attracted by the Mediterranean climate, cheap house prices and relaxed way of life.

For a long period of history, the Herault department was a quiet back water of France. The tough terrain, mosquitoes and poor soil put off all but the most intrepid explorers. The Romans came and went and the peace and tranquility was occasionally threatened by the the odd Religious Crusade, firstly against the Cathars in the 13th Century and then against the Hugenots in the 16th Century.

At the beginning of the 20th century, the wine production in the Herault was devastated by a slump in sales combined with disease affecting the vines. Thousands of small scale wine producers revolted due to the deprivation caused, but this revolt was suppressed very harshly by the government of Georges Clemenceau. In 1956 a damaging frost also wiped out virtually all of the olive trees in the region.

Today, the Herault department has one of the highest levels of unemployment in France. This is perhaps not all that it seems because many of the jobs in the department are seasonal: either in the tourism industry or in agriculture. During the second half of the 20th century the Montpellier area underwent one of the most rapid population increases experienced anywhere in France and today it remains the most popular city in France for people to move to. 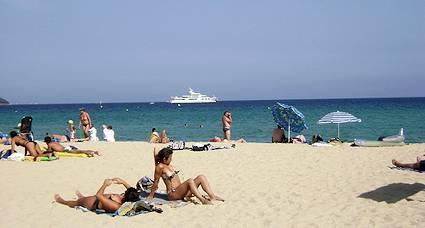 The coastal resorts of Le Grande-Motte, Marseillan, Cap d'Agde, Vias Plage, Valras Plage and Serignan Plage are important holiday centres in the Languedoc region. Other towns of interest in the Herault include:

Montpellier: is the regional capital of Languedoc and is situated in the north of the Herault department. It is the fastest growing city in France, with many new bio-tech and medical industries growing up around the two universities in the City. Located just 10 kms from the Mediterranean coast, Montpellier combines dramatic new architecture with its old centre full of narrow winding streets. Other highlights in the city include the internationally famous art gallery: Musée Fabre, a smaller version of the Arc de Triomf; Les Jardins des Plantes, a large Botanical gardens;  the Champs de Mars, a huge park containing promenades; and Le Corum, which houses a new Opera house and an exhibition centre. and other sites.

Agde: was first settled by the Greeks and this small city has an attractive riverside, old streets, and a nice daily market.

Béziers: is a traditional Languedoc city which expanded rapidly during the 19th Century on the back of the regional wine trade. Beziers is starting a bit of a renaissance, with the centre of the town undergoing many refurbishments. The cathdral at Beziers provides some amazing views over the Orb valley. Beziers is also home to perhaps the biggest and certainly the liveliest festivals in the South of France. 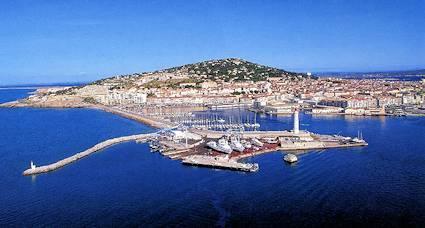 Sète: the old fishing port of Sete, is built around a rocky promontory. The Old town is bisected by canals and here you will experience the unique sport of water-jousting, held in the summer months, beaches, boat trips.

Pezenas: Walk the old streets of Languedoc's former capital. Once the stomping ground of Molliere and now a haven for antiques and a fabulous Saturday market. Pezenas is probably the prettiest large town in the South of France (although Uzes and Sommiers may have something to say about that!). We just love wandering around the market on a Saturday and taking a detour off into the old Jewish quarter with the jewellers, cafes and boutiques. It is no wonder that Pezenas is such a draw for people all year around. (see Pezenas tourism for more details).

On Go Languedoc, we feature a wide range of holiday rentals in the Herault department, France. Here is a selection of our more popular Herault holiday gites and villas:

This modern South France villa located in the old village of Saint-Pargoire, close to Pezenas, was built in 2010. The Architect designed villa comes with a pool (8m x 3m), a large garden with Mediterranean plants and fruit trees, 3 terraces and stunning views of the villages and countryside beyond. This South France villa sleeps up to 6 people in 3 bedrooms and benefits from air conditioning and wifi internet.

Maison Boulet accommodation holiday accommodation Montpellier is a 19th Century Maison de Maitre in the village centre. It is walking distance to all facilities including; Baker/grocer - fresh fruit veg, hairdressers, doctor, dentist, beauty salon, wine cooperative, restaurant/bar, florist, garage and a supermarket a 5 minute drive away. Maison Boulet is tastefully renovated luxury accommodation and is located in one of the current sought after residential villages close to Montpellier in the heart of the Languedoc close to all the most popular tourist attractions. The property can sleep 8-10 and has a swimming pool.

Le tour de Aspiran is a chateau de ville in Aspiran, France with a pool. It comprises of 6 bedrooms, 4 bathrooms, courtyard garden, terraces and heated swimming pool (10x4m.) The property used to be 3 houses. The property has been restored and furnished comfortably and has a wonderful character and history. It is ideal for a large family or two families holidaying together. Out of season half the house can be rented for 6 people.