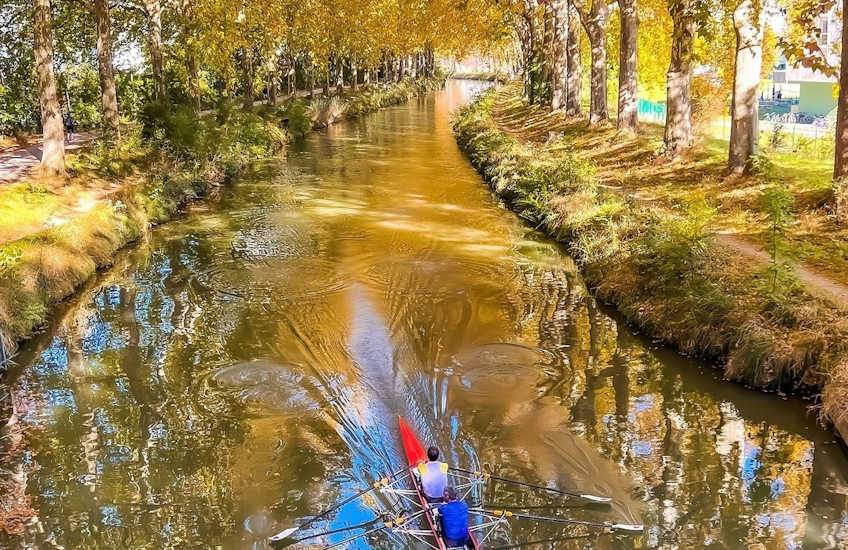 The Canal du Midi is the quintessential image of the South of France. The Canal du Midi perfectly symbolises the rich history of the Languedoc and the slow pace of life in the South of France. A lazy day spent cruising along the Canal du Midi or walking along its tow path is must on any tourist itinerary to the South of France. In the last couple of years a huge regeneration project has been started to replace most of the famous plane trees that line the Canal du Midi. A microscopic fungus is slowly killing the trees, with healthy trees usually struck down within a 2 to 5 year period. Since 2006, over 10,000 trees have been cut down and the most pessimistic forecast predicts that all 42,000 plane trees will eventually need to be replaced. The careful replanting programme involves a wide range of Regional government and volunteer organisations. During 2015, a further 1,000 trees will need to be replaced (see Canal du Midi - A Priceless Heritage for more details and to make a donation)

History of the Canal du Midi

In 1660, Paul Riquet, who held the lucrative position of collecting the King of France's salt taxes in Languedoc, persuaded King Louis XIV to endorse a bold project to build a canal network to link the Mediterranean to the Atlantic. The plan was to bring back prosperity and open up the trade routes in Languedoc, a region still recovering from the ravages of the Religious Wars over the previous three centuries.

This mammoth project was the most complex civil engineering feat since the time of the Romans. The Canal du Midi is 240km long and runs from the River Garonne in Toulouse and passes by Carcassonne and Beziers, en route to the Mediterranean at Agde. Construction began in 1667 and took fourteen years to complete. The biggest engineering problems to overcome was how to connect the River at 132m above sea level with the Mediterranean and how to feed the Canal du Midi with enough water so that it would not drain dry. Here, Paul Riquet had a stroke of genius. He and his engineers constructed a series of dams and reservoirs in the Black Mountains to constantly feed the Canal. He also followed the contours of the land to gently snake the Canal du Midi across the Languedoc Landscape. Over its course Riquet built 99 locks, over 100 bridges, and ingeniously at the time, two long tunnels excavated by dynamite and numerous viaducts.

It wasn't only in Engineering terms that Riquet was ahead of his time. Riquet was the first employer in France and probably in Europe to provide his workers with paid holidays and sick pay. He also employed both Men and Women on the project, working side by side. 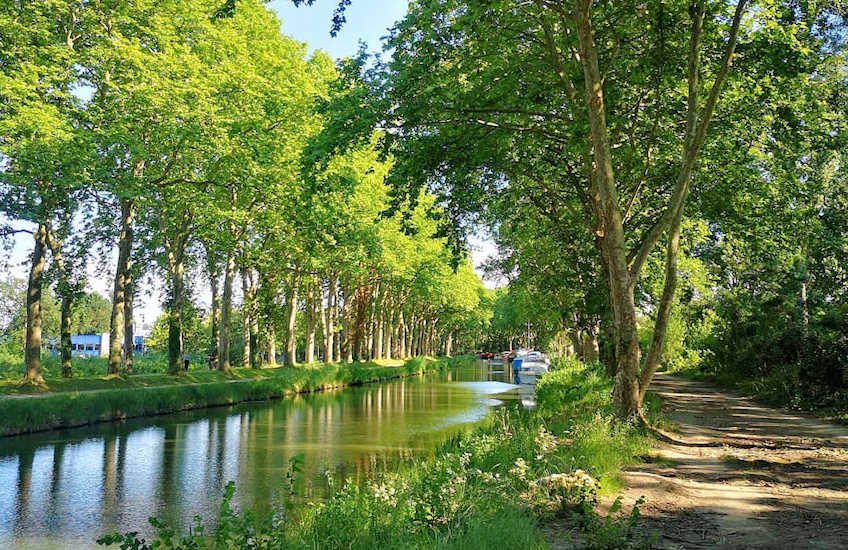 The Nine Locks (Neuf Ecluses), close to Riquet's birthplace in Beziers, is I believe an Engineering masterpiece. The series of locks drop the barges and boats down over 100 feet in the short distance of a 0.5km distance. It takes only about 30 minutes for the boats to complete the descent. The basins of the locks are also wonderfully curved in an oval shape. This beautiful design also serves the purpose of giving the walls of the locks additional strength, that enables the locks to be drained and filled so quickly. There are not many things I like about Beziers, but this is definitely one of them. If you follow the path of the Canal du Midi down from the Nine Locks and then follow the bend of the Canal right, you will also discover one of Riquet's viaducts that carries the Canal du Midi over the River Orb. This is a nice little walk and you get a good view of Beziers Cathedral as well. Just near here, on the banks of the River Orb, you will find some excavations of an ancient settlement and early port, which have been bizarrely turned into a children's playground.

The success of the Canal du Midi

The Canal du Midi proved an almost instant success when it opened in 1681. Unfortunately, its decline was also just as swift. Paul Riquet, the visionary behind the project died 6 months before the Canal du Midi. The Canal du Midi had ruined him financially as the building costs soared. However, he continued to drive the project on. By 1856 the Canal was carrying over 100,000 tonnes of freight and 1 million passengers a year

Decline of the Canal du Midi

The decline of the Canal du Midi was brought about by the arrival of the railway. Quickly the farmers and merchants switched to the much quicker railway freighting and the Canal du Midi fell into disuse. It was revived again during the late 1970's and 1980's, when the waterways were cleared and the embankments restored. 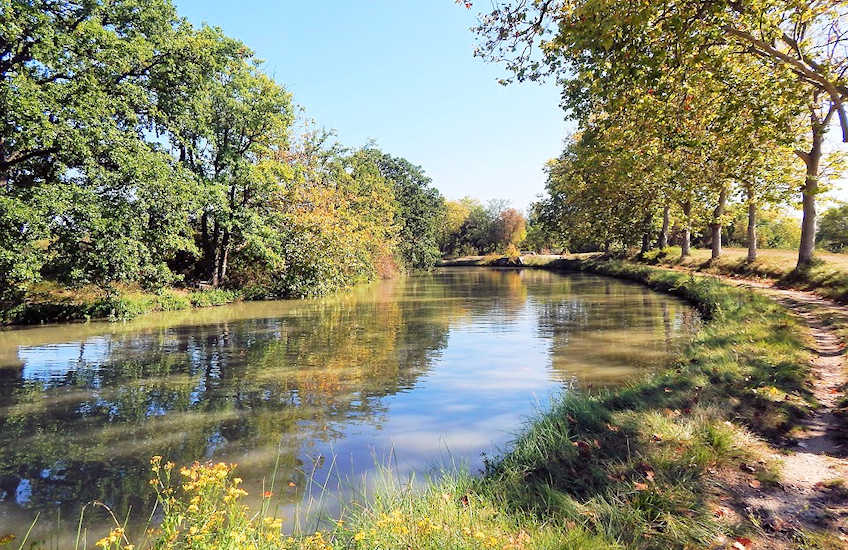 Today, the Canal du Midi is a popular tourist destination. Whilst you will still see a lot of barges, there are probably more pleasure cruisers, complete with nice looking sun-bathers up on the decks. The plane trees lining the canal, the tow path and the barges chugging along past the vineyards seems to me, to perfectly sum up the relaxed pace of life here in the South of France. We love taking our boys for a bike ride along the Canal du Midi and stopping for a picnic and watching the World go by. The Canal du Midi was designated a UNESCO World Heritage site in 1996.

It is possible to bike along the whole of the Canal du Midi and it usually takes about 5 days. You can obviously also hire out boats and barges. One of the best Companies we have heard of is Le Boat who hire out boats by the week - which is a pleasant way to spend a holiday. I defy anyone not to totally chill out when the maximum speed you can travel at is 6km per hour.

For me, the most beautiful stretches of the Canal du Midi are between Capestang and Colombiers and east from Carcassonne for about 20km through the Minervois wine region. The second leg from Carcassonne passes through the beautiful town of Trebes. There is an attractive canal port at Trebes that looks over the walls of the town. The church at Trebes is supposed to be beautiful inside (I only passed it by on the outside). Just before Trebes the Canal du Midi is floated across the River Frequel by two viaducts.

For further information about the history of the Canal du Midi and special sites to see along its route please visit Canal du Midi tourist office .

If you would like to stay by the Canal du Midi we have a couple of excellent properties for rent see Canal du Midi houses to rent. We also have a number of canal boats to rent for the ultimate boating holiday in the South of France